QI TAKEAWAY —  The BoC launched a shock ending to QE. Short-term Canadian government bond yields reacted with a violent repricing. While persistent inflation risk was behind the BoC’s pivot, a disappointing U.S. GDP report could create a slowdown narrative which generates calls that the sell-off in Canadian government bonds could be overdone. 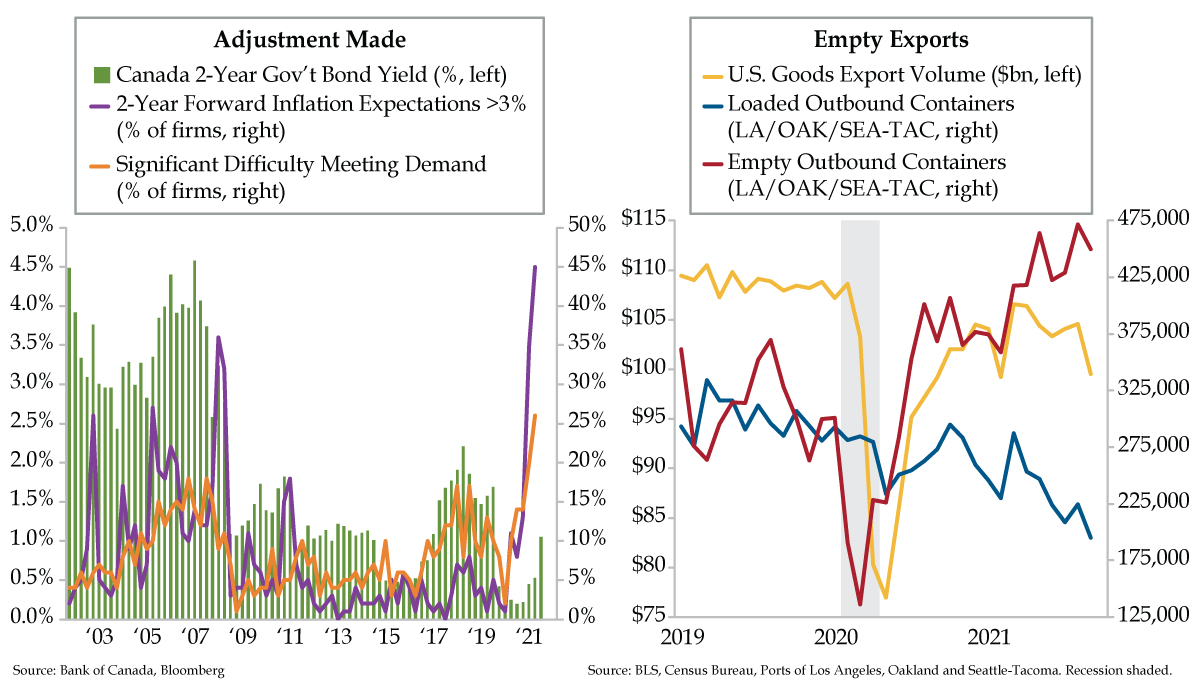